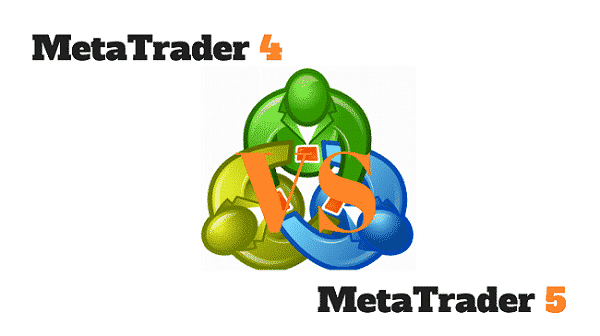 Forex Traders are given with the choice of picking the trading platforms. However, the choice is interlinked with the available platforms by the forex broker. Not all kinds of platforms are available with every broker. Some brokers who don’t have compatibility with certain Forex trading platform offers access to them through a bridge which is software connecting Forex broker’s system with the platform. However, if something goes wrong with the bridge, it can adversely affect the trade execution of the traders.

MetaTrader 5 was released in 2010, which is five years after MetaTrader 4. At that time the popularity of MetaTrader was already soaring high. There was a common misapprehension that the MetaTrader 5 was an improved version of the MetaTrader 4 which is not really true. The graphical user interface of both the trading platforms is similar. MetaTrader 5 is designed to trade markets other than forex, including stocks, commodities, etc. so that it can better plug-in the centralized trading exchanges. Forex is a decentralized market with many major players offering liquidity in an uncoordinated way. Stocks and commodities are needed to be traded in a centralized process. When MetaTrader 5 was released, it was said that Metaquotes foresaw the boom in the commodities and stocks and therefore designed software to fit that market.

MT5 uses a programming language, which is called MQL5 while MT4 uses MQL4. The best part about MT5 is that it allows black box programming, which is easier to program and so is better for users and developers of trading bots. However, in 2014, MetaQuotes expanded the capacity of MT4, so now it’s not a difference between both the platforms.

However, the programs written in the MT4 cannot be run on MT5. This can be the major drawback for traders who want to upgrade from MT4 to MT5.

MT5 has two programming related advantages over MT4. First is its backtesting functions which allow you to test programmed trading strategies at a faster speed, which is something that can save a lot of time if a trader wants to run a large number of backtests. MT5 also allows backtesting of multi-currency pair simultaneously. Both of this can speed the backtesting process for a trader.

AAATrade.com, a European based firm, offers forex trading on its sophisticated and innovative trading platform.

Fred Wilson is a news editor and writer for CryptoEighty. In addition to cryptocurrency market, he enjoys learning, and writing about blockchain technology and it's use cases. He regularly contributes technical analysis articles for digital currencies. He had also worked as a digital media expert for foremost news sites.
Previous Post Russia To Use Blockchain Based TradeLens For Their Container Shipping
Next Post WiV To Come Up With Blockchain-Based Fine Wine Trading Platform: Auditing Firm EY Hired To Help