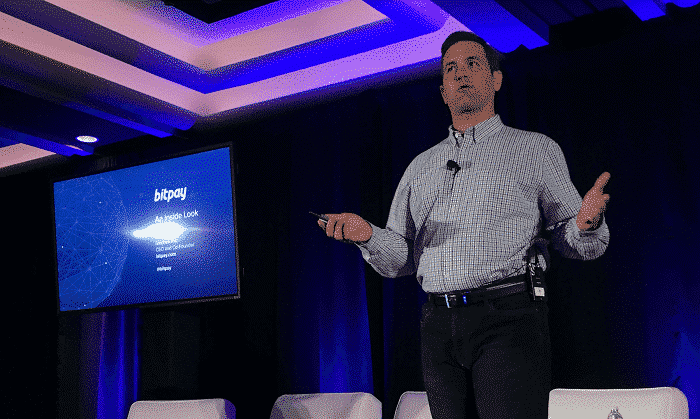 Honorable Chief Executive Officer of Bitpay, Stephan Pair has gone on record to state that he believes that mass adoption of the cryptocurrency is only three to five years away. Speaking to the media officials of American news network CNBC, he told about the possibility of wider adoption. Last year when prices scaled to a greater height of the graph of 20 thousand dollars, crypto adoption has seemed to be even nearer than ever before and only a matter of time. However, many of the calmer heads have believed that ten years from now was closer to the real number.

Crypto Adoption Closer than we Assume?
Head of the Bitpay, Honcho, has a strong belief that mass crypto adoption is closer than we assume or think. In a recent interview with an American news network, Stephan Pair talked about the strength and potential of the Bitcoin ETF and the possibilities of the mass crypto addiction. When asked if the Bitcoin ETF would take speed up wider adoption, Stephen said that ETF is not the end all or the be all of the cryptocurrency markets. He pointed out that on a wider adoption will push the prices higher if history is a guide. While speaking about the mass crypto adoption timeline, the Bitpay boss told to CNBC quoting that, “I used to say 10 years timeline, but now I believe that it’s just three to five years more until one can go into a restaurant, a retail, stable establishment, and just everybody is going to expect that the store shall be capable of accepting a payment of blockchain. There has been a wider and greater adoption in the past 12 months by businesses to use crypto as a mode of payment, but the recent price which has fallen quite drastically has crashed and might affect negatively on the adoption in the meantime.

Crypto Prices Driven by Speculation, Not Utility
Many of the national channels have recently discussed the statement of Stephen Pair, that the speculation drives the prices of crypto more than its utility. In the same interview with the CNBC, Stephen expressed his opinion to the news outlet about the speculation versus utility graph by saying, “A huge component of the price is certainly speculation. Many of its investors are speculating it on adoption and the future usage of this technology. Actual Utility is the small component of the price, and that is where BitPay is completely focused. By utilizing the platform and delivering the products to the customers, where they find its value.” It’s quite interesting to notice that these speculations are fully based on future usage, which is basically another phase is to explain mass crypto adoption. If mass adoption of the crypto depends on whether or not, all the businesses will accept and utilize the crypto as a payment for services, a nearby future of 3 to 5-year window seems like a sensible prediction and is something that is easily possible.

Donald Weaver is the news reporter for CryptoEighty. Here, he contributes technical chart-based price updates and analysis pieces on world's leading digital currencies. he holds graduate degree in journalism. He is passionate about blockchain technology and it's public use cases.
Previous Post The United States Snags Iran’s Cryptocurrency Plans
Next Post Ex-Exec of Goldman Sachs Sees Better Days Ahead for Crypto.