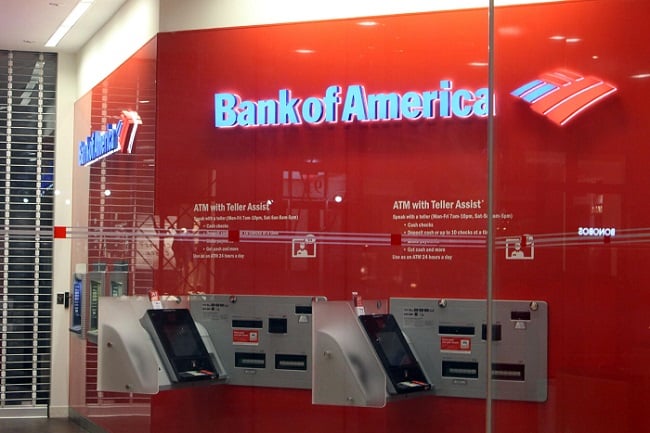 Bank of America is the second largest of U.S. already have more than 50 blockchain technology built for cash handling improvements. Earlier Bank Of America was reportedly in the process of building a future by stocking blockchain patents. But recently as a fresh Christmas news, the bank is planning to stock up a system based on blockchain technology targeting improved cash handling. Initially submitted in June, the patent refers to a blockchain banking solution which could enhance the banking process by controlling them with “data bearing records.”

Bank Of America explained that blockchain technology has the potential to smoothly facilitate cash handling process across the different departments of extremely large operations of the bank. A slight communication gap is observed between different sections and departments of the bank. Blockchain technology could help bridge this communication gap. The patent abstract also adds: “Cash handling devices may be used in operating centers and other locations to provide various functions, such as facilitating cash withdrawals and deposits. In many instances, however, it may be difficult to integrate such cash handling devices with technical infrastructure that supports banking operations and other operations while also optimizing the efficient and effective technical operations of the cash handling devices and various related computer systems.”

Bank of America has put in much efforts to snag a bunch of patents in blockchain technology throughout a couple of past years. The bank revealed to have more than 50 blockchain patents in November. So, there are expectations and curiosity in the financial market that BoA will put all these patents to use in the near terms.

BoA being an admirer of blockchain technology has adopted a highly risk-averse attitude on cryptocurrency. Therefore it became one of the institutions to enact ban restrictions on associated fiat purchases by its clients initially in 2018.

Johnathon Justice is a English literature major with a background in writing for IT and Fianance sector. He recently joins CryptoEighty as a full time journalist and content curator for latest happenings of crypto space.
Previous Post South Korean Governor: Local Authorities should Interrupt Blockchain’s Regulatory Gridlock
Next Post Wall Street Giants are Venturing Out of Crypto Market